When you hear organic, what comes to mind? Do you imagine a man in overalls lovingly tending his garden? Enormous produce stickers emblazoned with “organic”? An electric piano? Carbon-based life forms?

The word “organic” has a myriad of definitions, but let’s focus on the term when it’s used around food, specifically when applied to produce (meats and processed foods require their own articles). The straight-from-the-dictionary definition of organic is “grown or made without the use of artificial chemicals.” Pretty straightforward, right? No man-made fertilizers, no synthetic pesticides and you’ve got yourself an organic banana. 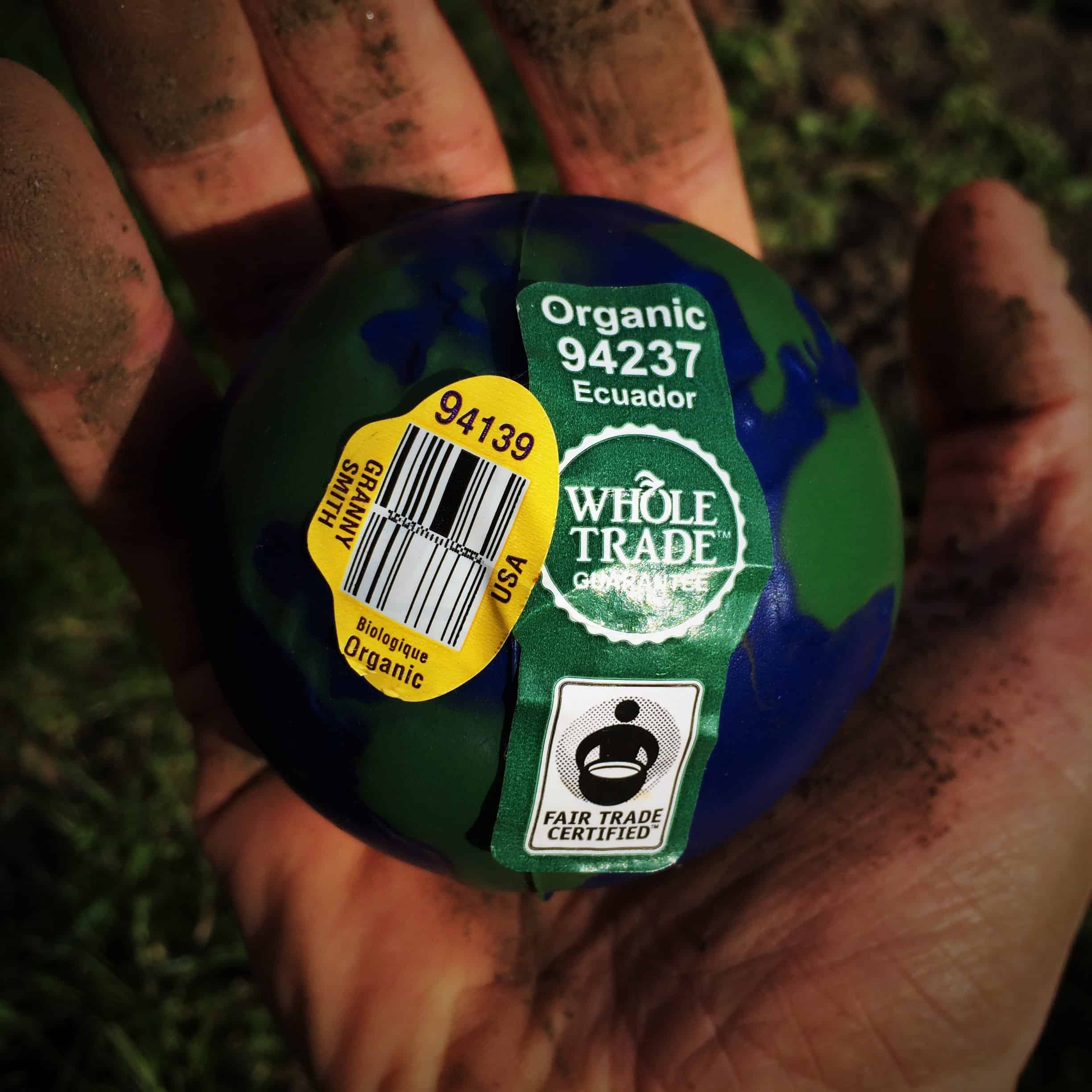 Wrong! The US government (and several other countries) has stringent criteria to be met before a banana can have the “certified organic” sticker slapped on. To be certified organic by the United States Department of Agriculture (USDA), produce has to comply with standards for soil quality, pest control, and weed control.

Soil intended for organic crops must not have been treated with prohibited methods for three years prior to harvest. Prohibited methods include use of sewage-sludge based fertilizers (no humanure!) and genetically modified organisms (GMOs). Prohibited methods also include most synthetic fertilizers and pesticides, except ones given a USDA pass. There is a list of approved synthetics organic farmers may use under specific circumstances. A quick perusal of the list revealed chemicals such as sodium hypochlorite (street name: bleach) and neurotoxin methyl bromide (which will be removed from the list by 2017) that may be used under certain conditions on organic farms.

“While most synthetic pesticides are prohibited from organic farming, organic does not mean pesticide free.”

Don’t forget that “natural” (as in natural sources of pesticides) has no clear cut meaning according to the USDA or the FDA and the definition is up for interpretation. Because natural is relative, some surprising fungicides and pesticides can be organic approved. Also, natural does not automatically mean safe for consumers or the environment (here’s looking at you, cyanide). Some individuals may not want to come in contact with different types of pesticides, as they could be worried about what ingredients it contains. If you have known pests in your garden or home and you want to get rid of them, it may be time to contact a company similar to these new jersey pest control experts so that you know they have been terminated for good. If you would rather use pesticides, thoroughly research their content first so that you know what it contains. It is also important to be aware that they are an approved company.

Let’s recap. To receive USDA organic certification, produce must not contain GMOs, must not be treated with humanure, must not be subjected to unapproved pesticides and fungicides, and must be grown on soil that has been free of prohibited items for at least 3 years.

Certified organic does NOT mean produce is free of pesticides, suspected neurotoxins, or synthetic substances. If that’s hard to keep straight, check out this rad video with cute drawings to guide you.

So what was the point of this post? To educate consumers and lift the curtain surrounding America’s organic certification. To emphasize that organic might not mean what consumers think it does. And most importantly, to encourage consumers to always, always do their research, especially when it comes to what goes into their bodies.

The BiG Stink: The Scoop on Poop, Part 1

The BiG Stink: On a Power Trip (or just trippin’?)